How did global travellers Alex and Lucy Foley turn a 19th century fortress in Devon into a highly successful café scooping scores of awards in just five years?

When globetrotters Alex and Lucy Foley decided to put down roots and start their family, reviving a century-old café on the magnificent South Devon coast proved the perfect outlet for their talents.

It’s only five years since Alex, 36, and 33 year old Lucy took over the Guardhouse Café, which lies within a 19th Century fortress in Devon’s Berry Head Nature Reserve – yet they’ve already won a plethora of accolades, scooping the gold prize for "Best Cafe in Devon" at both the 2015 and 2017 Devon Tourism Awards; winning Taste of the West’s "South West Cafe of the Year" title in 2018, and gaining a TripAdvisor Certificate of Excellence year after year since they opened.

The secret of their success? “Loving where we are and what we do, investing in an excellent team of staff, and offering today’s visitors to Berry Head the freshness and variety of food they want, while respecting the café’s history and traditions and its place in the local community,” says Alex, who was a management consultant before moving to Devon.

“We both thoroughly enjoyed our jobs, but realised we weren’t spending as much time together as we wanted to,” Alex says. “When we were ready to start our family, we decided to go for a complete life change, and the café was the perfect opportunity.”

While his skills in leadership and analysis have been useful in running the operation smoothly and motivating staff, Alex now jokes that his main concern is “to keep out of the way while our excellent chefs, servers and baristas get on with the job”.

Meanwhile, multilingual Lucy – who is now mother to two year old Rosalie and three month-old Matilda – is the driving force behind keeping menus fresh and interesting, as well as an asset when it comes to greeting the growing number of European travellers who visit the café. 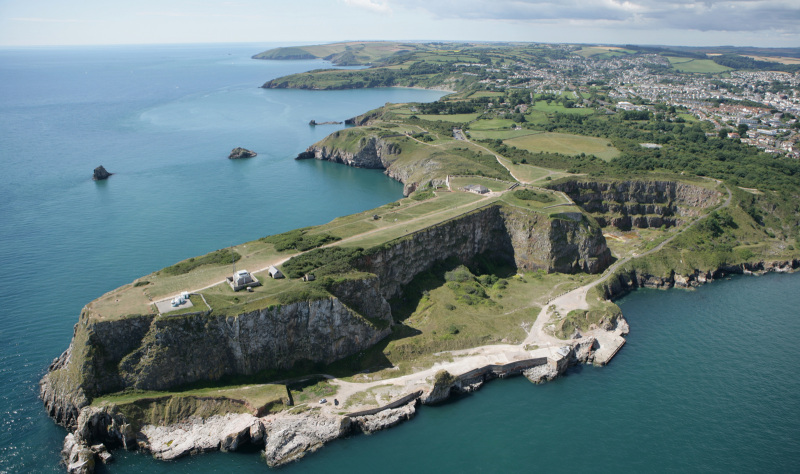 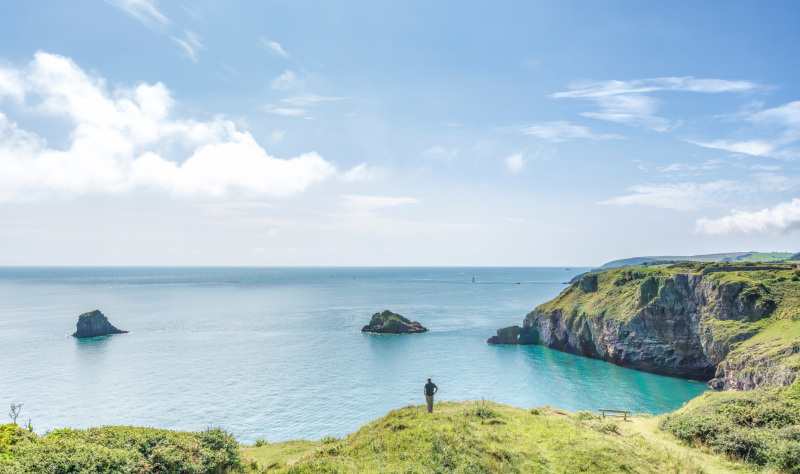 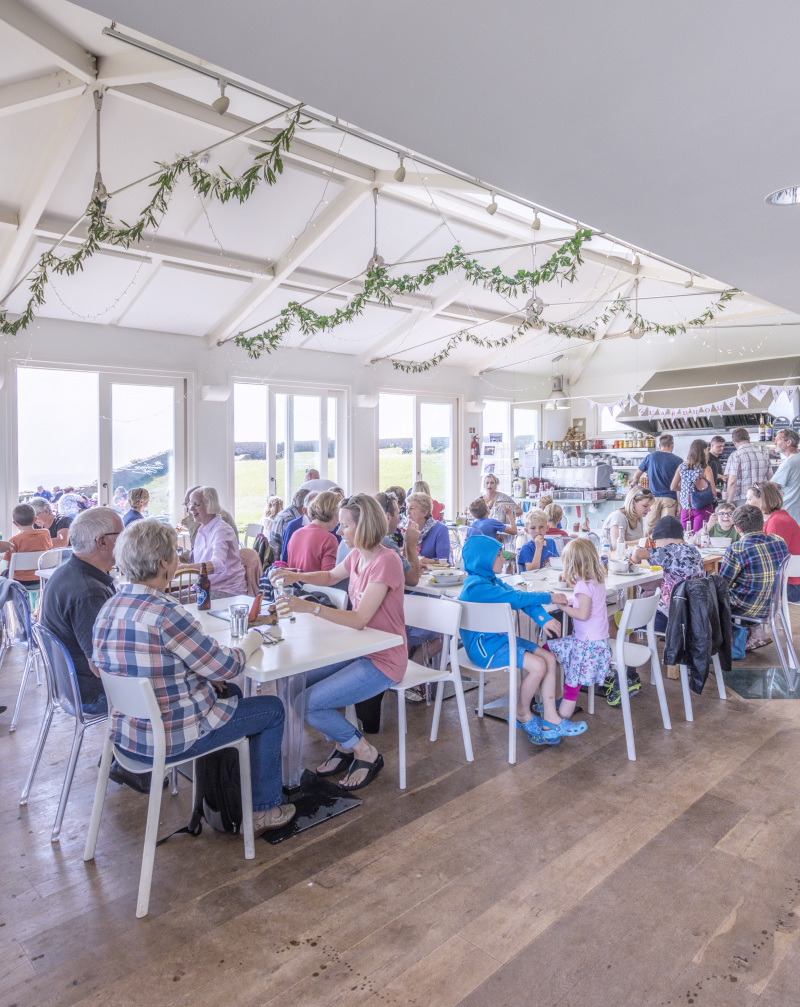 “Lucy is our `food philosopher’ – the person who always wants to try the most offbeat thing on a menu, just in case it’s the best thing ever,” Alex says.

“Growing up beside a Scottish loch, a childhood diet rich in fresh fish, scallops and oysters played a part in developing her passion for food.

“Later, working in Italy, she learned a lot about regional food, and always loves to experiment with new flavours and ingredients,” Alex adds. “Now she encourages our chefs to use their creativity in regular updates of our specials board – and we are careful to feature fresh, locally-sourced produce - like fish from Brixham market in our fish chowder”.

But while menus have their innovative side, traditional Devon cream teas are also on offer.  “The Guardhouse was built in 1802, and was used by troops defending the fortress during the Napoleonic wars,” Alex says. “There’s been a tea room here for more than 100 years, so ladies in bonnets and crinolines used to enjoy the sea views from beneath their parasols.

“Fashions might have changed but, with our cream teas and Devon ice cream, we like to keep some of that tradition alive.”