Northumberland has the most castles of any region!

Location is everything and, adjacent to Scotland (which occasionally hived parts of the county off to claim as its own) and facing the sea that brought Viking raiders, it’s easy to see why Northumberland was so heavily fortified.

The county’s castles also happen to be spectacular. Bamburgh Castle is the most emphatic of all, vast and towering, the former and ancient seat of the Anglo-Saxon kingdom of Northumbria dominates the sands around Budle Bay.

A few kilometres farther south lies Dunstanburgh Castle. A romantically ruined affair, its crenulated battlements and half-collapsed towers teeter high on a rocky, volcanic outcrop of basalt and sandstone. First established in the 14th century, and once twice the size it is today, the castle was key to the battles between England and Scots and saw heavy fighting during the Wars of the Roses.

The majority of visitors to Dunstanburgh approach from the south, starting at Craster, but to enjoy its true stature, walk around to the north to take in the spectacular volcanic rocks. Here, vertical columns of whinstone - a kind of primordial magma hard enough to have survived the crushing weight of glaciers 1km thick - plummet perhaps 60m. All the way down along these cliffs are little ledges, which between April and August are prime real estate for nesting kittiwakes, fulmars and guillemots.

Not all England’s coastal castles are so bold and muscular. Along the coast of the North York Moors National Park, among woodlands behind the seaside resort of Sandsend, you will find the country-house style Mulgrave Castle. Between 1859 and 1863 the castle was rented to an Indian Maharajah, the larger than life Maharajah Duleep Singh. A popular myth has it that the Maharajah and his retinue would travel from Sandsend to Whitby along the beach on the backs of elephants and that he built the road between the two in order to save the beasts from getting sand between their toes. 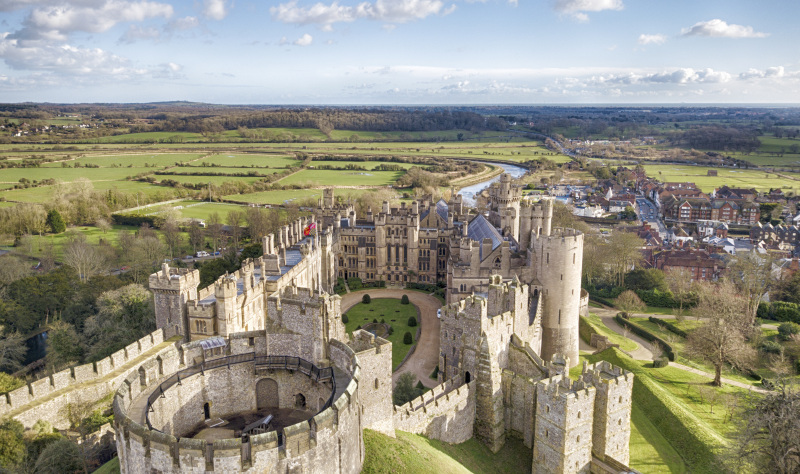 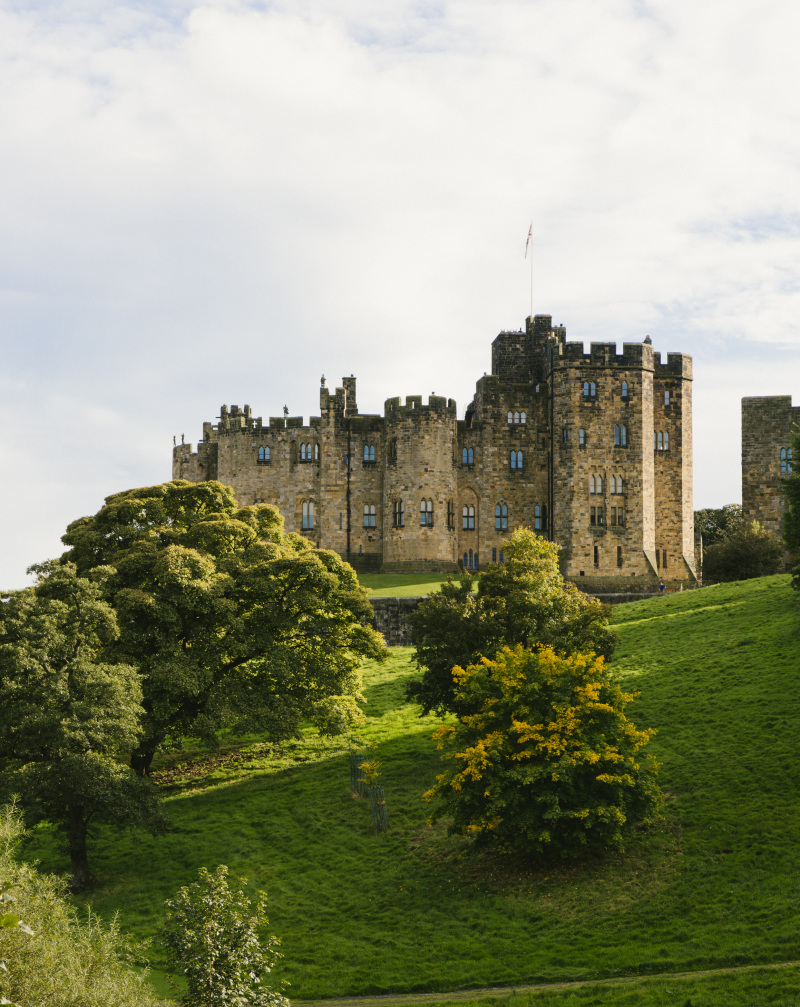 The further south along the English coast you travel, the rationale – that is to say, the potential invading foe – behind the castles changes.

The low-lying Essex coast has been heavily fortified since medieval times and Hadleigh Castle, standing above Leigh on Sea, was built in the 13th century and deployed by Edward III, who adopted it as a favoured residence in his later years.

Hadleigh Castle is reached by following footpaths from Old Leigh’s exquisite high street, (itself, incidentally, a cobbled delight, stuffed with creaking, superbly named pubs such as the Olde Smack Inn). Today the castle is a crenulated and scattered ruin of truly romantic proportions and is typical of the many dozens of such castles to be found along the coast. Once painted by Constable, the views from here stretch across the Essex marshes and the Thames to Kent.

One of the most substantial castles along the south coast is Dartmouth Castle in Devon, located just to the south of the port of the same name. Standing on a promontory at the entrance to the Dart River, the castle was founded on the orders of King Richard II in 1388 and featured in the English Civil War. Climb to the top for breath-taking views across the estuary and the town. When you’re done nosing around inside, consider taking a passenger ferry from Dartmouth harbour along the Dart estuary, which offers a unique perspective: and of course, this was the view of the castle experienced by most would-be invaders.

View more castles and plan your next adventure here

Read more
Spring into life with a break on the English Coast!

Visiting a new attraction can be the most memorable part of a holiday and BeWILDerwood is on the must-do list for families visiting the Norfolk Broads. But how did a Norfolk-based children’s writer transform 800 acres of estate land into an award-winning adventure park for families?