Back to Itinerary Builder

Perched high on a cliff, it's easy to see why the haunting remains of Whitby Abbey were inspiration for Bram Stoker's gothic tale of 'Dracula'

Sink your teeth into years of history, amazing views and a packed events programme, just a short climb away from the picturesque Yorkshire seaside town of Whitby.

Want to find out about the history of Whitby Abbey?

The ruins of Whitby Abbey are among the finest sights on the Yorkshire Coast.  Whitby Abbey was a 7th-century Christian monastery that later became a Benedictine abbey. The abbey church was situated overlooking the North Sea on the East Cliff above Whitby on the Yorkshire Coast. The abbey and its possessions were confiscated by the crown under Henry VIII during the Dissolution of the Monasteries between 1536 and 1545.

Since that time, the ruins of the abbey have continued to be used by sailors as a landmark at the headland. Since the 20th century, the substantial ruins of the church have been declared a Grade I Listed building and are in the care of English Heritage.

The abbey is a setting in Bram Stoker’s Dracula (1897). Count Dracula as a creature resembling a large dog which came ashore at the Whitby headland runs up the 199 steps to the graveyard of St Mary's Church in the shadow of the abbey ruins.

For a more detailed look at the history of Whitby Abbey throughout the ages, click here.

There is onsite parking at Whitby Abbey where you can view the ancient ruins and check out the interactive visitor centre to view archaeological finds and spectacular audio-visual displays. 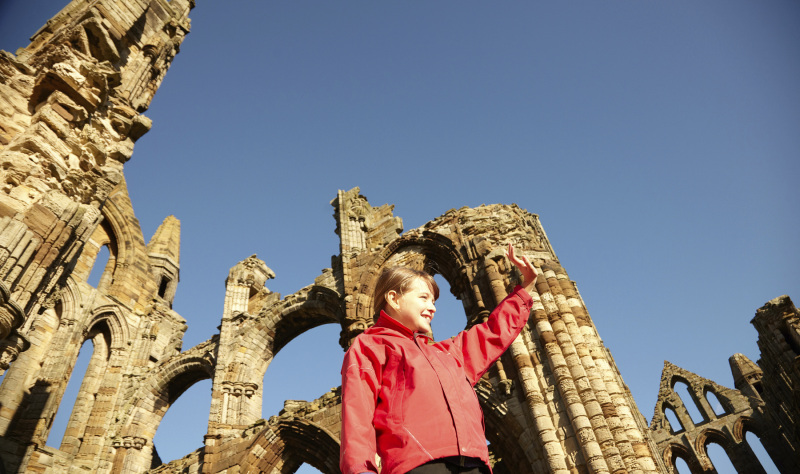 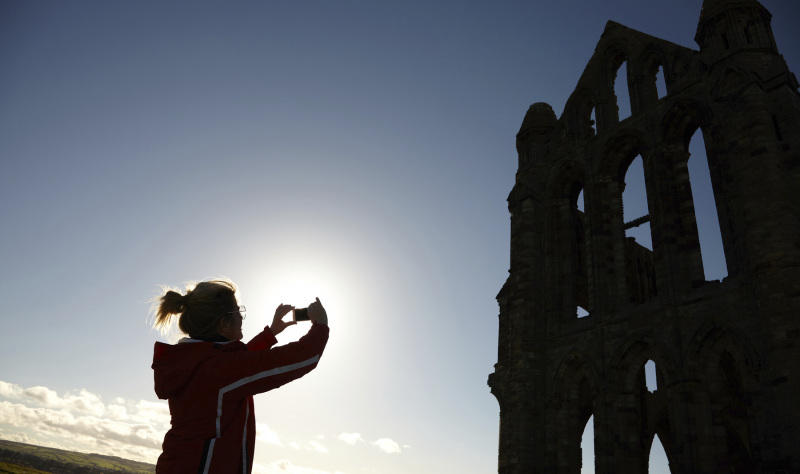 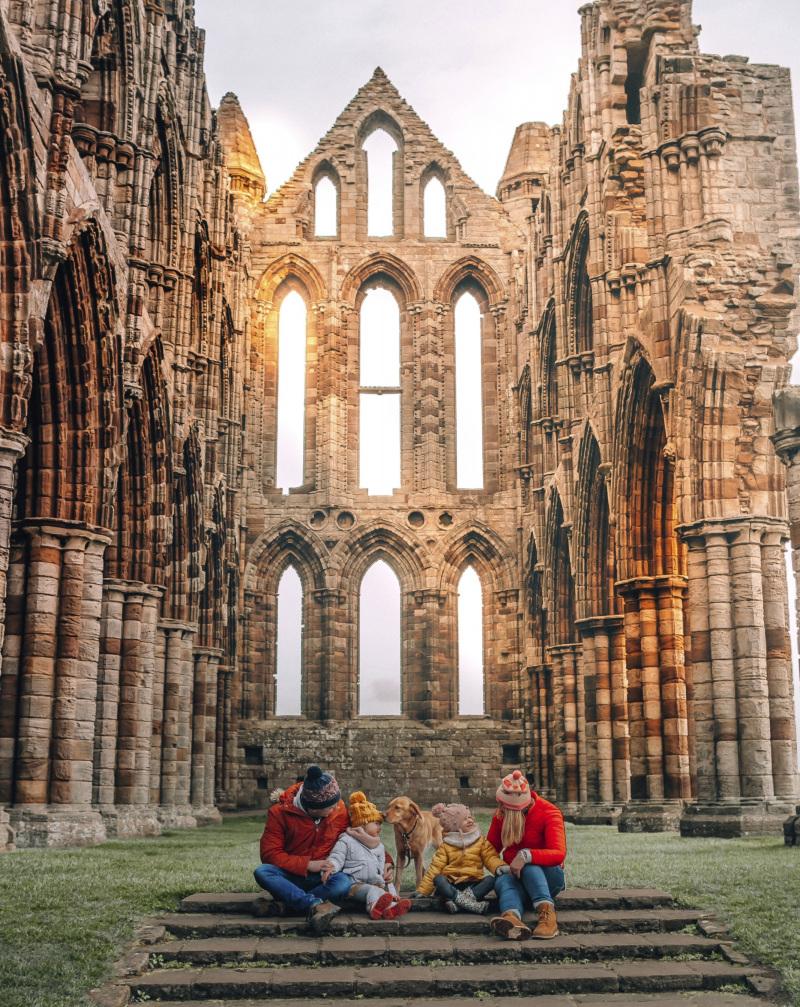 Open all year round