​When art dealers Russell and Olga decided to open a new gallery in a former hardware store in the south coast town of St Leonards-on-Sea, they little expected to find the remains of a 1913 cinema in the back yard.

A passion for art

Kino-Teatr (pronounced ‘Keeno Tee-atra’) opened in 2015 as an independent cinema, with film buff Olga doing the programming and Russell running the technical side of the film and cinema projection.

‘We met while I was on a buying trip in Moscow, looking for Russian art,’ says Russell, ‘And when Olga came to England we ran a small gallery in south London together for several years. We were always travelling, but we had a place down here and we decided it was time to move down for more space and to start a family.’

They had two previous gallery sites in St Leonard’s, which is at the other end of a sand and shingle beach from the historic town of Hastings, before leasing their huge, light-filled gallery in a former hardware store and bathroom showroom. Today, Olga Mamonova  specialises in Russian art and has a popular Lebanese restaurant.

‘I used to pass the building quite often on my way to my studio,’ recalls Russell, ‘Back then this road still had a few antique shops. It used to be famous for its antiques; in Victorian times people came in their carriages, it was all quite grand.’ 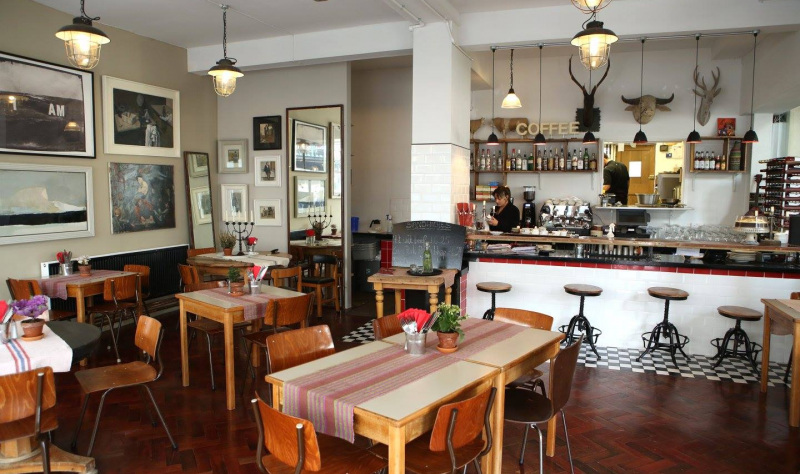 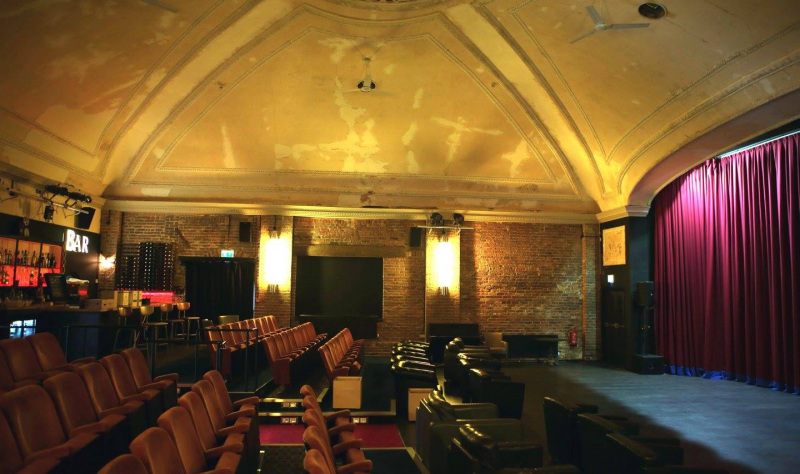 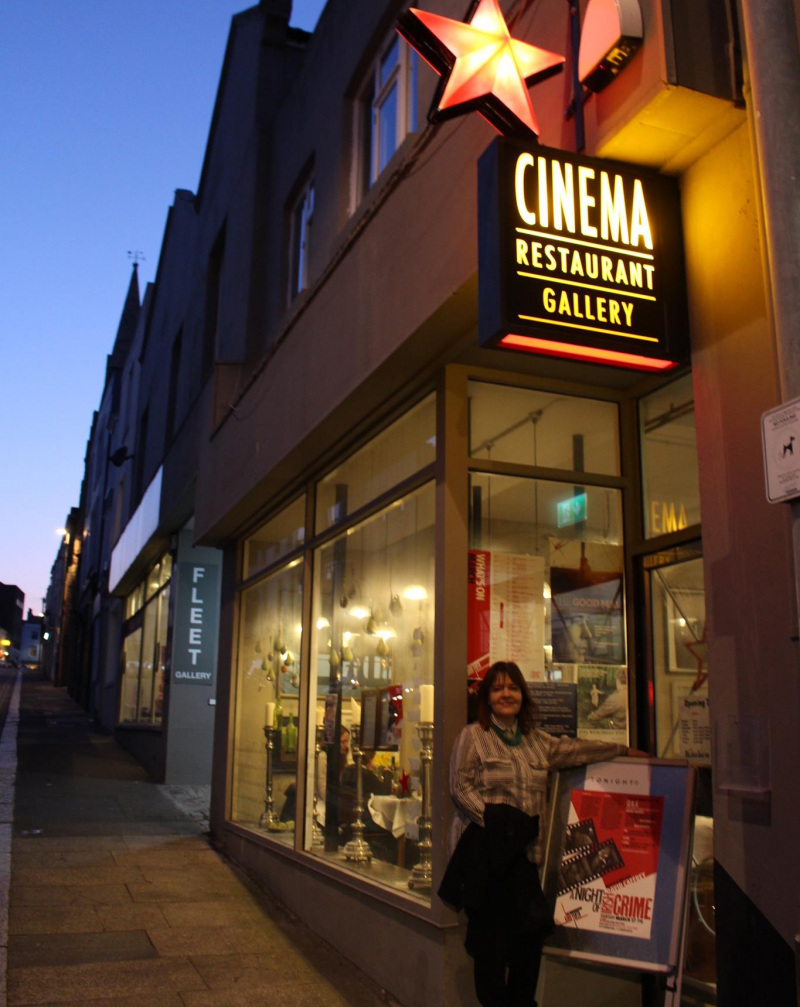 As soon as the gallery opened, restoring the cinema became a passion project for the couple, particularly Olga, who was raised with theatre and film in Moscow.

They obtained match-funding for the restoration and invested in a 4K projector, which, he observes drily, ‘Is bigger than the Odeon’s.’ (Odeon is a big national cinema chain.)

The Kino-Teatr shows an eclectic mix of film and live theatre, comedy and music, aimed at a mixed audience. The audience is often adult, but they love seeing families coming in to use the café or see a movie. The first theatre they staged, three inter-related one-act plays called The McGowan Trilogy, went on to worldwide success.

These days, Russell has little time to get to the beach, a block away, where he used to canoe and swim. ‘ I’m painting all the time,’ he says, ‘And Olga’s busy with the cinema, though she’s pretty urban, she’s never really been a beach person.’

Together, though, they’ve brought a seaside cinema triumphantly back to life.

Plan your trip to Kino-Teatr Cinema and Art Gallery here.

Looking for an Autumn escape on the English Coast?

Season of mists and mellow fruitfulness – by the sea! With autumnal sun flooding the beaches, the sea at its warmest and scenes of migrating birds, autumn’s the perfect time for a coastal escape.

​One of the great surprises for many visitors is just how accessible the coast is from the capital of the UK. Here’s how you do it: make your way to a mainline railway station in London. Hop on a train and between one hour and 2 ½ hours later you’re delivered at the coast!