Visit a bygone era with landmark lighthouses on England’s coast

Lighthouses are like exclamation marks, expressing astonishment at the coastal drama amid which they stand. By definition, visiting one involves stunning views of sea and land colliding. Many are also open to the public to climb; you can even sleep in, or close to some of them.

Climb to the top for breath-taking views

A good resource for visiting lighthouses around the English coast is the website Trinity House which operates 66 lighthouses.

When it comes to the most breath-taking location, the competition is stiff but those who have notched up many visits often award this title to Start Point lighthouse in South Devon.

Located above treacherous rocks between Dartmouth and Kingsbridge, it stands upon one of the most exposed peninsulas on the English Coast that runs sharply almost a mile into the sea on the south side of Start Bay. Like many lighthouses, you can join a tour to climb to the top.

While the lighthouse has a car park, the best way to visit is on foot along the coast path for 4km from the hamlet of Hallsands. This takes you past the original, now collapsed village of Hallsands, which was washed away in 1917; all that's left are a few collapsed remnants of houses and a narrow road that runs out dizzyingly, into thin air from a wave-cut rock ledge. A row of jagged dragon's-back boulders draws the eye towards the lighthouse.

More popular – and more accessible – is Smeaton’s tower on Plymouth Hoe. The distinctive red and white tower is one of Plymouth’s landmarks and comparatively short for a lighthouse – just 22m high – so it involves less puff to climb than most.

From the top, on a clear day you will be able to see the Eddystone Lighthouse, 24km to the south, standing upon a treacherous reef.

The tower you are standing in was originally built on the Eddystone reef in 1759 and lit with 24 candles. When the relentless waves began to undermine the tower, it was dismantled brick by brick and rebuilt in its current location on dry land.

At the other end of the country, 4km off the Northumberland coastline you’ll find the Longstone lighthouse, which sits on Longstone Rock. You can reach it by a boat trip on the Golden Gate Boat Trips from Seahouses.

The lighthouse is famous for the daring rescue in 1838 of survivors of a steamship shipwreck by Grace Darling and her father, the lighthouse keeper William. It is possible to view Grace's tiny bedroom, from where she spotted nine survivors desperately clinging to the rocks. While sailing there and back, look out for everyone’s favourite bird, the puffin.

Lighthouses can also feel as though they belong to a bygone era. On the east Yorkshire coast, at the tip of remote Flamborough Head, a little-visited anvil of land that juts into the North Sea, you will find a whitewashed lighthouse that has operated as a beacon for sailors for almost 200 years.

You can join tours to climb to the top for views 65m above the sea. The beam is visible for 45km and continues to act as a waypoint for deep-sea vessels and coastal traffic.

Nearby stands a curious chalk tower, thought to be its 17th century predecessor.

The surrounding land adds to the spectacle, with the adjacent Green Stacks Pinnacle, a small eroded chalk headland colonised by seabirds, surreally echoing the shape of the lighthouse. 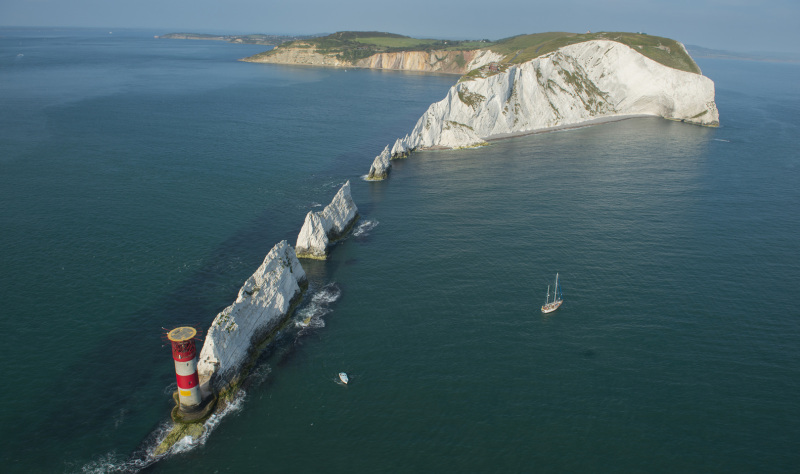 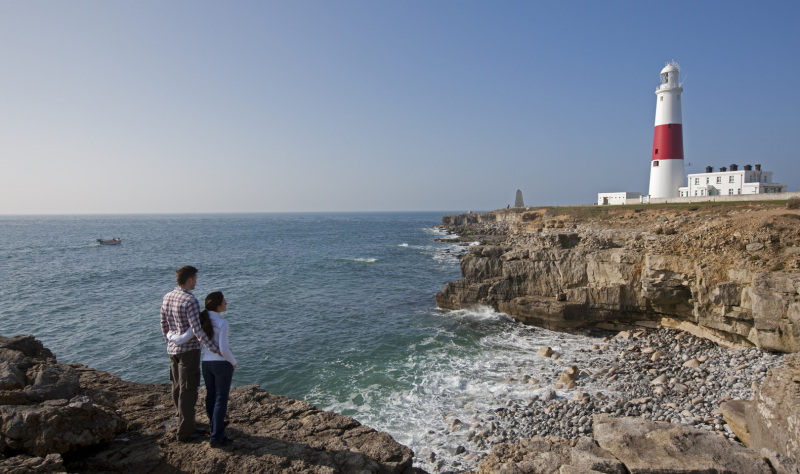 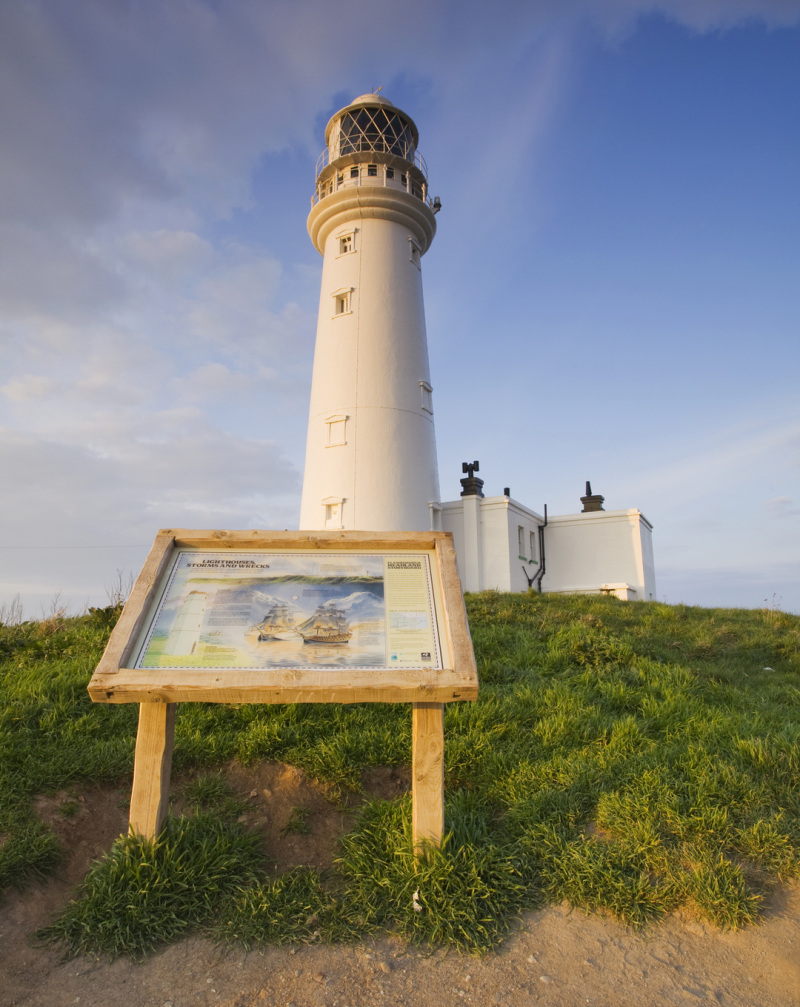 Stay in a lighthouse

One lighthouse you can stay in is Belle Tout, which stands just metres back from the cliff edge at Beachy Head in East Sussex.

The owners have renovated the lighthouse with chic style and designed six modern rooms. Views reach out across the English Channel and along the coast to take in the chalk cliffs known as the Seven Sisters.

In the middle of this stunning wide-angle coastal view you will see the red and white striped Beachy Head lighthouse. Although it rises to 43m, it seems little more than a pinprick against the backdrop of the 162m-high sheer cliffs of Beachy Head.

If you wish, you can stay in former coastguard’s cottages. Stirring options include cottages at Cromer lighthouse in Norfolk; the Whitby lighthouse in North Yorkshire; and the Anvil Point lighthouse at Swanage in Dorset.

If you’re thinking of staying in one of these iconic structures, it’s worth bearing in mind that a sojourn in a lighthouse cottage can be interrupted by the fog horn sounding! 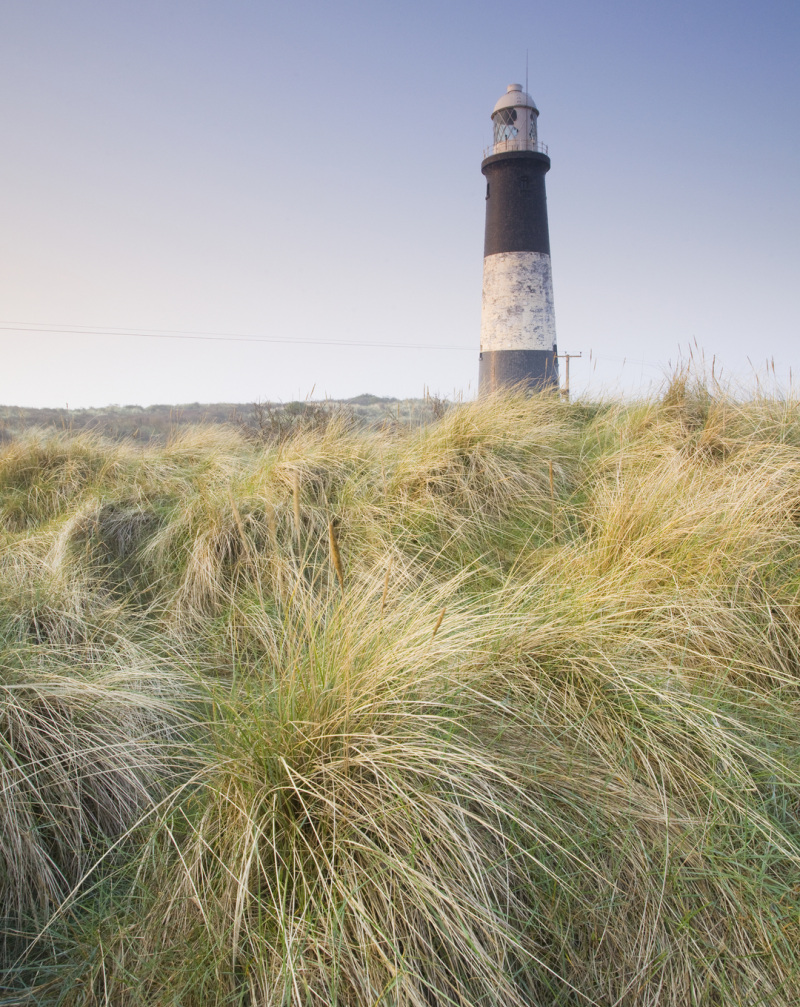 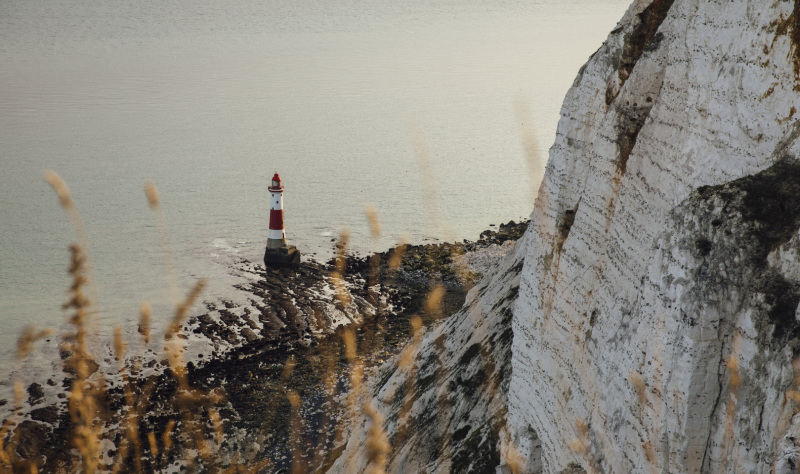 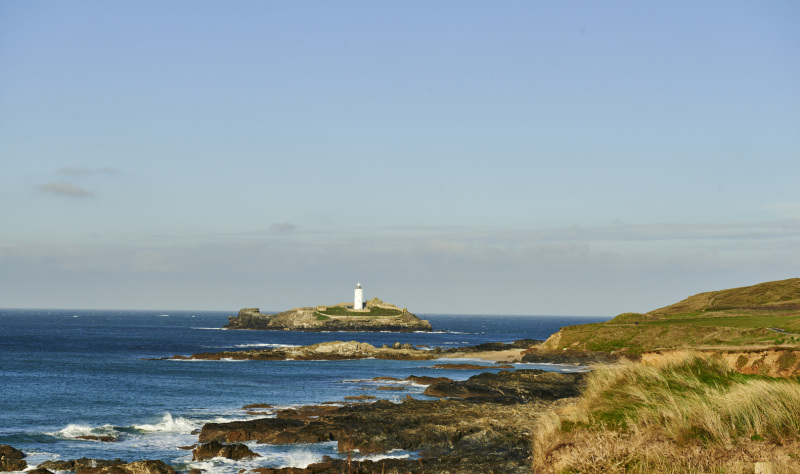 Galleries and museums at the coast