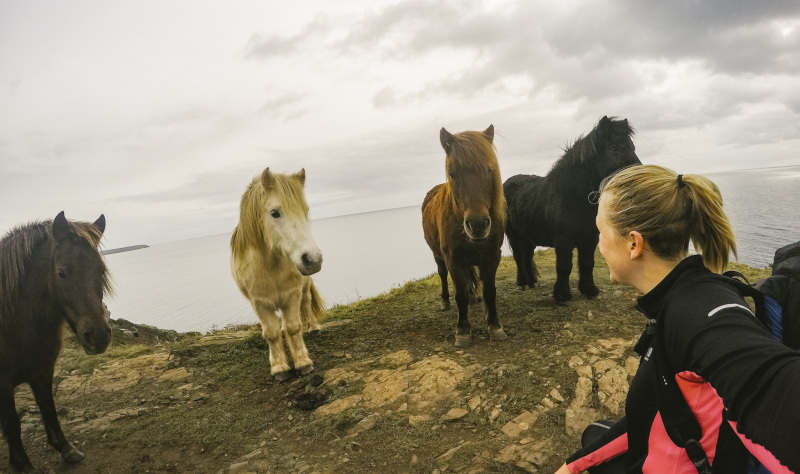 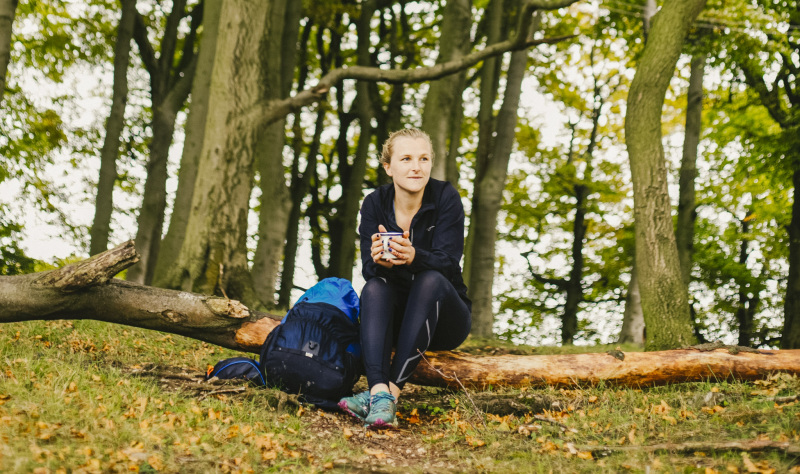 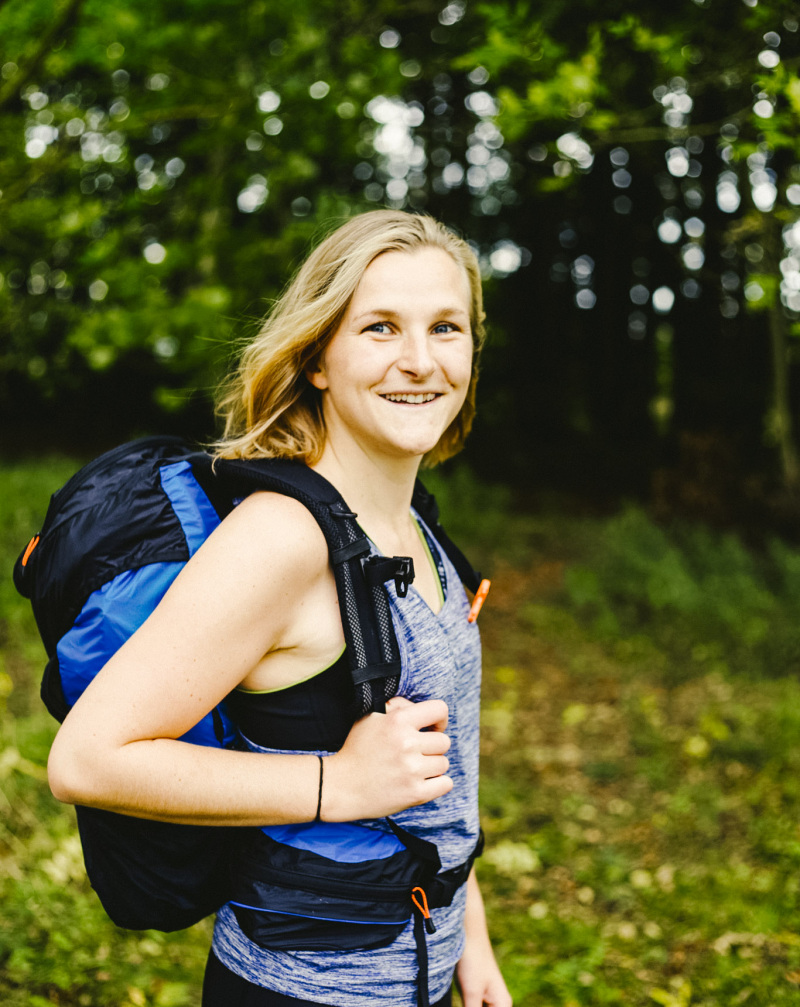 The South West Coast Path is a 630 mile National Trail that runs around the south west coast of England, with a total of 115,000 feet (35,052 metres) of ascent and descent.

There are over 4,000 SWCP signs along the route, so it’s easy to follow!  I chose the South West Coast Path as  my first stretch around the edge of England, and here I found friendly locals, pubs with warm fires, great little tea shops and the most incredible mind-blowing views!

Having woken early, I packed up my tent and followed a winding path around the cliffs towards Tintagel Castle. I was buzzing with excitement at discovering the home of Uther Pendragon, the birthplace of his son, the legendary King Arthur and the cave of his famous wizarding companion Merlin. It was as magical as I had hoped. Connected to the mainland only by a bridge, the ruins of a castle perch upon this island mound feels quite other-worldly. To add to this sense of the bizarre, just along the coast I came across what I can only describe as an ‘upwards-backwards’ waterfall. It was a breezy day to say the least and I stood stunned – and soaked - as the wind picked up and water rose upwards  creating a small stream, which defied gravity and headed skyward and into faces of surprised lone joggers.

You must pre-book to visit Tintagel and arrive at the start of your entry slot. It is best to go for an earlier slot to avoid the crowds. Over Winter, Tintagel normally operates reduced opening hours, reopening on the 3rd December, Wed- Sun from 10.00-16.00 but check ahead.

The day after my Tintagel explorations, I visited the beautiful coastal village of Boscastle. Devastated by floods in 2004, the entire village and harbour has been rebuilt through community effort and is perhaps the most scenic coastal village in Cornwall – but I may be biased because of its quirky and fascinating Museum of Witchcraft and Magic, and my luck at bumping into a friendly local who ran an art gallery on the harbour edge, who refilled my water bottle and gave me a free postcard painted by his wife!

Port Isaac’s little sister, Port Gaverne’s tiny cove is just around the corner and separated by only a short 500m walk. It’s sheltered cove is the perfect place for a dip in the sea for those brave enough, and has one of my favourite hotels for a great evening meal or a drink with a view over the coast, the Port Gaverne Hotel. It’s less touristy and busy than Port Isaac, made famous from the Doc Martin tv show, but is close enough that it is just a short stroll to the village for a good look around or a meal of the local freshly-caught fish!

Perhaps it's because I spent so much time on my feet and climbing up hills, but the prospect of getting a lift up the cliff between these two towns was one I was beyond excited for. I arrived into Lynmouth just before dark to stay in a cosy pub with a roaring fire, a fresh local pint, fish and chips and a friendly landlord. It wasn’t until the next day when I was halfway up the clifftop train linking the two villages, that an aerial view showed off the charm of this small village, its pretty harbour and cottage rows.

The Lynton and Lynmouth Cliff Railway is the world’s highest and steepest completely water powered railway, a must-visit attraction if you’re on the North Devon coast, and great whatever the weather! 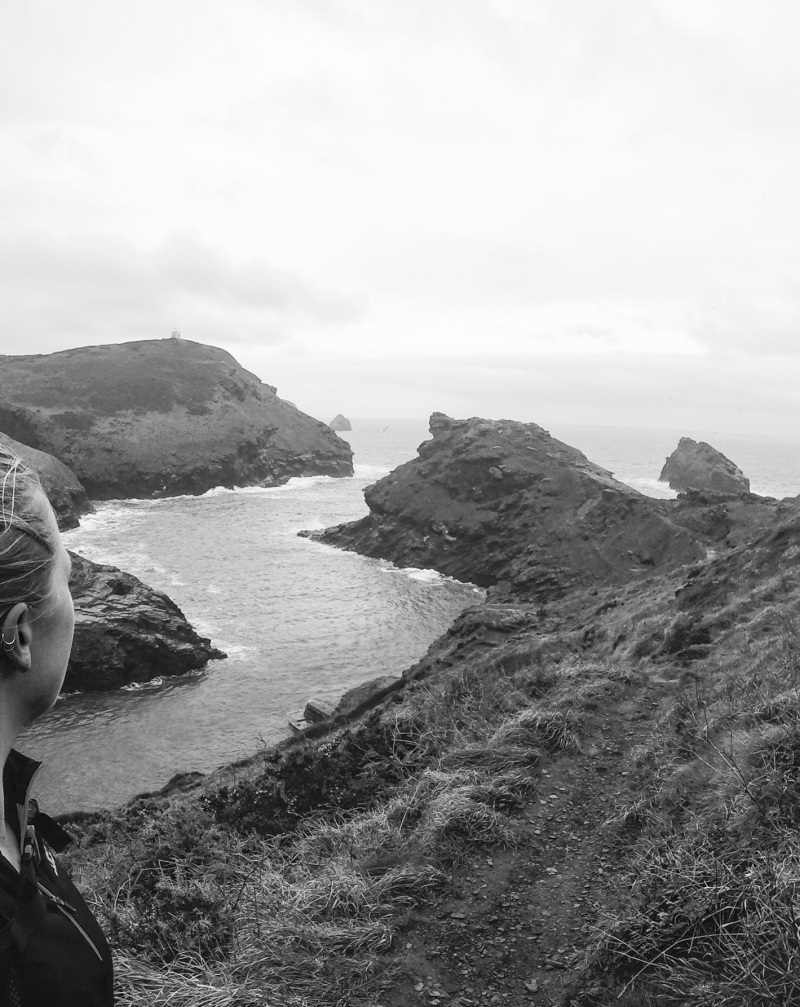 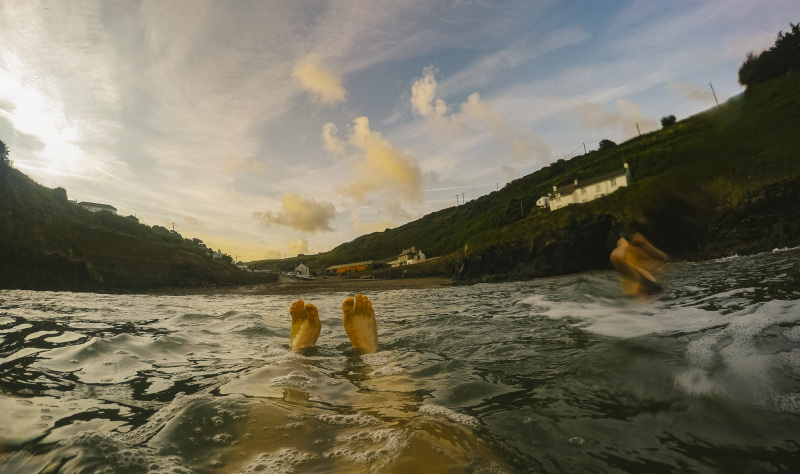 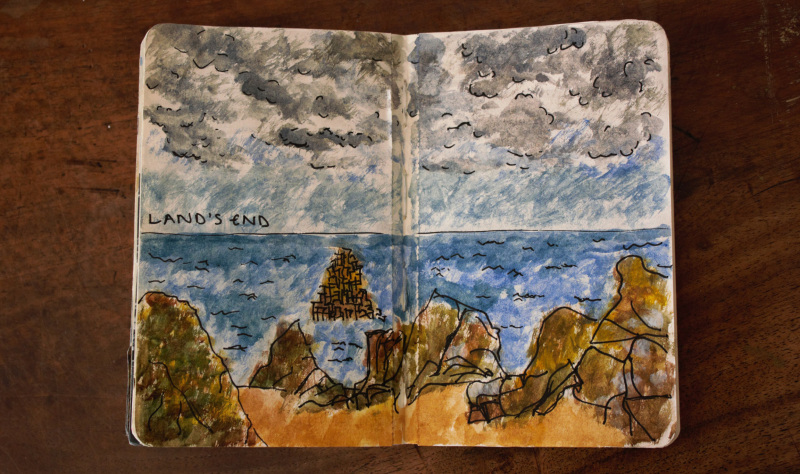