After years of global travel, four children and an orchard overflowing with fruit, what better move than to launch two Italian-style gelato kiosks in Dorset. They now employ up to 40 staff.

When husband and wife Annie and Sam came back to England after years working around the world, they found themselves living in West Dorset with a rambling market garden full of berries and orchard fruit.

‘Annie is half-Russian and half-Irish,’ explains Sam, ‘So the name Baboo comes from babushka, in honour of her granny, who escaped from Stalin with her five children in 1930. Annie can remember learning to cook at her apron strings.’

After two years in Dorset, with the children then aged five to 14, the couple decided to go into business. Annie went to the Carpigiani University di Gelato in Bologna to train as a professional gelatiere, doing various specialist courses as she went on.

‘There are huge companies in Italy selling flavours and pastes,’ explains Sam, ‘But in Bologna they were making gelato from scratch.’ Back at home, they set about using high-quality fruit, much of it from their own garden, with organic milk from a farm in Somerset. They spent a year before opening just working on flavours and recipes. 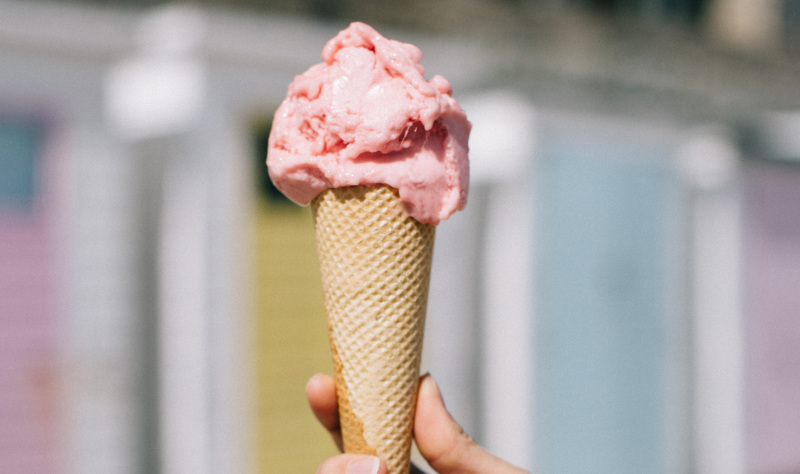 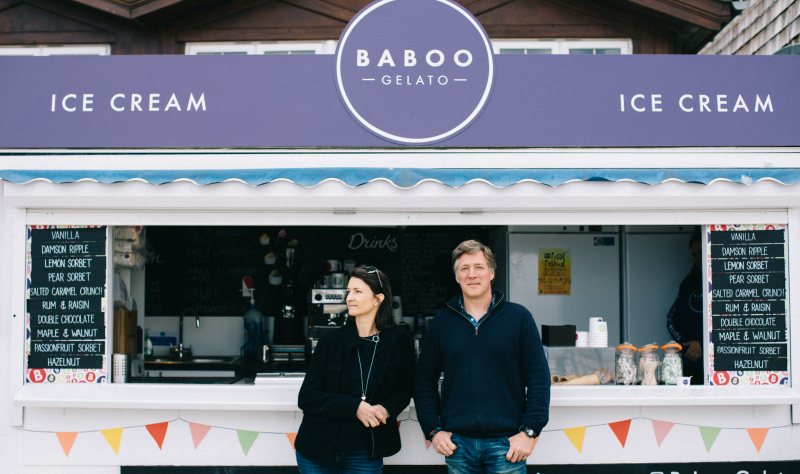 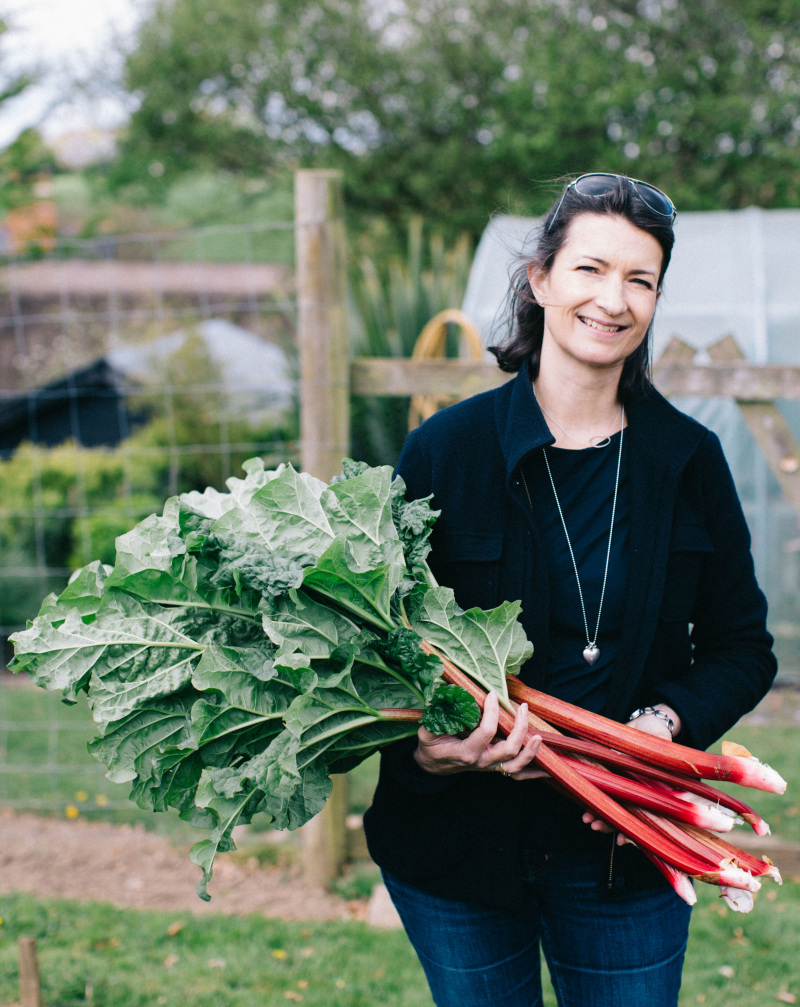 Gelato has a higher milk content than ice cream and is churned more slowly. Some flavours work better than others – damsons, raspberries and strawberries, for example, produce intense flavours, while apples don’t work nearly as well.

‘We’ve now got 40 flavours,’ says Sam, ‘Which means 100 different ingredients. But we do avoid novelty: having the kiosks means that we sell to the public, so we know what works and what doesn’t. And most people want traditional core flavours.’

They got their first kiosk in 2016 and soon learnt to restrict their beach range to just 10 flavours, three of which change with the seasons. ‘We get a lovely rhythm going through the year,’ he says, ‘We’re just finishing rhubarb, then it will be elderflower, blackcurrants, strawberries and raspberries, plums and pears, then winter citruses.’

The kiosks, he thinks, have been key to their success, because they get immediate feedback from customers. They have now expanded into an industrial unit with views over the Dorset countryside, employ between 10 and 40 staff depending on the season and the business is doubling every year. The sweet taste of success.

Easy day trips from London to the English coast

​One of the great surprises for many visitors is just how accessible the coast is from the capital of the UK. Here’s how you do it: make your way to a mainline railway station in London. Hop on a train and between one hour and 2 ½ hours later you’re delivered at the coast!

When most of us head for the coast we’re anticipating the spectacle of beach, clifftop walks and seascapes. John Wright, a professional forager, views the English coast rather differently: he sees a larder stocked with food waiting to be picked and enjoyed.

Valentine Warner has a passion for fish and fishing that’s hard to match. ‘Born to fish, forced to work’ is his mantra, and whenever possible he fits fishing in alongside the profession he cherishes: cooking and all things related to food.